Giacomo left his home on the island of Ischia, near Naples and moved to London where he was nominated for the best pizza in London in 2015 (youngandfoodish.com) and his pizza was included in Daniel Young’s ‘Where to Eat Pizza’ in 2016. 2017 brought more success when Giacomo won the London Pizza Festival.

After visiting Chester, Giacomo fell in love with the city and decided to leave his successful career in London behind. Stile Napoletano was opened in March 2018 where he serves tasty and light Neapolitan style pizzas using pure, organic ingredients from Italy alongside quality local produce.

"It's more than pizza, it's about community. It's about bringing the best from Italy and giving it a home. It's our Neapolitan style."
Our Menu

In August 2020 we received the annual Tripadvisor Travellers’ Choice award for 2020.

The Travellers’ Choice Award is Tripadvisor’s highest award and is based on reviews and opinions from travellers from around the world and recognises establishments with, among other things, the very best service, quality and customer satisfaction in a range of categories.

Find out what our customers have to say about us in the link below.

In the August 2019 edition of Olive magazine we were proudly included in their article reviewing ‘the UK’s best pizza restaurants’.

Find out why Olive magazine rated us among the UK’s best pizza restaurants.

"It's more than pizza, it's about community. It's about bringing the best from Italy and giving it a home. It's our Neapolitan style." 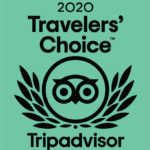